I am back from six weeks in Poland. I envisioned regular posts from the field in this blog. But instead, doing fieldwork left little time for writing and reflecting about it. Nevertheless, a structure for my next book project has been emerging. The challenge will be threading the needle between celebrating the renewal of interest in Jewish life in Poland, captured so well in Erica Lehrer’s Jewish Poland Revisited and Katka Reszke’s Return of the Jew, and addressing the ongoing silences, distaste, even hatred expressed toward Jews, as revealed in Jacek Nowak’s interviews with ordinary Poles. Because both are happening at the same time, often in the same places, and sometimes even within the same people.

And I’ve seen evidence of both in my own research. People all over Poland are doing incredible work to preserve cemeteries, renovate synagogues, document first-person accounts, and celebrate Jewish music and culture, often in the absence of any involvement from living Jews. They work with passion to fill what they feel to be a void in their local communities. And they do so despite the resistance they sometimes face from fellow residents and local government representatives. Every place tells a different story, even though many of the same elements can be found in each of them. Over the next several posts, I’ll highlight the places and projects I visited. Watch for the place names to become links to more details.

Students and teachers from the Automotive High School in Włocławek receive the first place award for their Facebook “fan page” “Włocławska zapomniania ulica” (“Wloclawek’s forgotten street”) at the Polin Museum in Warsaw, June 22, 2016. The contest was “Places of Holocaust Memory Near Us” and the challenge was to highlight a place in the local community. The team from Włocławek chose Piwna Street, called “the street of death” during World War II. 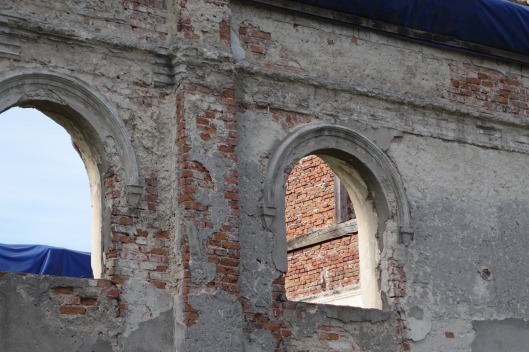 Detail of the synagogue in Żychlin, converted into a warehouse by the Nazis and used as such for many years after. The roof caved in several years ago. Traces of frescos are barely visible through the empty windows. 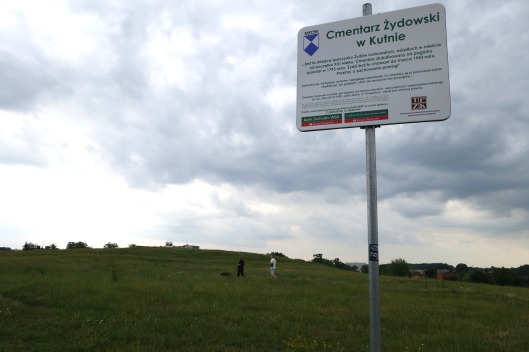 New signs at the Kutno Jewish cemetery provide historical information and urge residents to keep in mind this green hillside is a cemetery. Installed by Towarzystwo Przyjaciół Ziemi Kutnowski (Association of the Friends of the Kutno Region).

An arial view of the Lapidarium in Wronki that shows the shape of the raised beds, meant to evoke an open book. 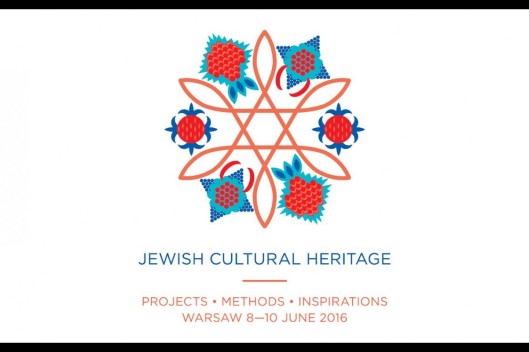 In Warsaw, the conference Jewish Cultural Heritage: Projects, Methods, Inspirations at the Polin Museum of the History of Polish Jews gave me a good idea of the scope of heritage work throughout Europe, as well as ongoing debates about Jewish heritage projects.

Professor Hońdo of the Jagiellonian University helps participants in the Tarnów Tombstone camp for volunteers (Tarnowskie macewy – obóz dla wolontariuszy) decipher the text on a tombstone.

The weeds grow tall in the Jewish cemetery in Baligród, despite indications of maintenance done not too long ago. It takes constant attention to keep these sites from slipping back into obscurity.

Historical information about the Nazi Work Camp in Zasław marking the beginning of the trail from the Zagórz train station to the monument on the mass grave at Zasław. A project of the Stowarzyszenie Dziedzictwo Mniejszości Karpackich (Association of the Heritage of Minorities of the Carpathians).

The synagogue in my beloved Lesko–much of the front facade was rebuilt and reinvented around 1960.